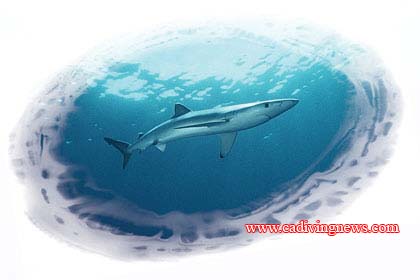 Shark Victory in Hawaii Needs to be Copied Worldwide

By Bruce WatkinsJuly 6, 2010No Comments

Something truly miraculous and revolutionary occurred this May, and for the most part it went by unnoticed. It has been crystal clear for some time that over-fishing has precipitated a sharp decline in marine life. While some legislation to manage sustainable fisheries has been enacted locally and internationally, the management of shark fisheries has been conspicuously neglected.

Earlier this year Hawaiian State Senator Clayton Hee introduced and championed Senate Bill 2169 that made it illegal to possess, sell, or barter shark fins in Hawaii. The simple, three-page bill was signed by Governor Linda Lingle on May 28th, and will make an enormous dent in the over fishing of sharks. Not only did the bill close the loophole in Hawaiian shark fishing, it also removed the demand for shark fin soup in Hawaii and prohibited the warehousing of shark fins on their way from the Americas to Asia. This single bill will have a major impact on both the legal and illegal take of sharks in the Eastern Pacific.
Shark finning is principally responsible for the decline in sharks worldwide. Between 80 to 100 million sharks are killed each year, which has reduced overall shark populations by an estimated 90 percent. Sharks cannot reproduce fast enough too keep up with this rate of slaughter and most populations are in serious, if not irreversible, decline. Because shark fin soup yields high profits (a bowl of shark fin soup may cost $100) the shark fin industry keeps pressure on legislators to refrain from passing and enforcing anti-finning laws. Sharks are an apex predator and perform an important function in maintaining the population balance of sea life and thus the health of the world’s oceans. It is not possible to systematically eliminate any one group of animals from the food chain and maintain healthy oceans.
Senator Hee’s bill passed relatively quickly in Hawaii because the fishing industry was brought onboard when they realized that the fishery was not sustainable anyway. It also juxtaposed the Hawaiian culture that respects the natural world and the belief that sharks are ‘aumakua, a protective spirit that can take animal form, with the Chinese tradition requiring a conspicuous display of wealth at celebrations
As for what this bill means for conservation, Sen. Clayton Hee said it best: “It sends a message to the rest of the world and the nation that Hawaii can be a leader — in this case, a leader in the world’s sustainable ecology.”
The passage of this bill will be go down in history as an enormous step in both leadership and conservation.
Environmental advocates and shark conservation groups from around the country gathered at the SCUBA Show in Long Beach on May 15th to discuss and celebrate Senator Hee’s success, and to follow Hawaii’s lead to influence legislation in the rest of the country. Representatives from California Diving News, Dorsal Friends, Iemanya Oceanica, Shark Allies, Shark Free Santa Barbara, Shark Safe Network, Shark Savers, and Sea Stewards attended the meeting along with very influential people, such as artist Wyland, film maker Stan Waterman, and Senator Hee.
To learn more, visit the websites of these participating organizations: www.iemanya.org, www.adoptashark.com, www.dorsalfriends.org, www.oceanicdefense.org, www.seastewards.org, www.sharkallies.com, www.sharkfreesb.com, www.sharksafenetwork.com, www.sharksavers.org; and look for more information in future issues of California Diving News.