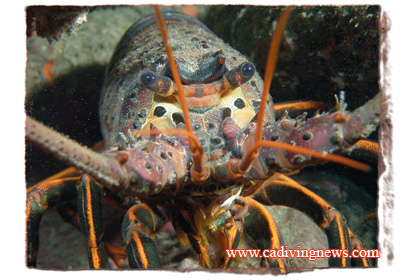 The Joys of Point and Shoot Digital Underwater

By Bonnie J. CardoneDecember 22, 2008No Comments

I’d have no photos at all if my expensive digital SLR malfunctioned during a trip to Alaska last year so I bought a tiny point and shoot digital camera. It was only to be used as a backup for surface shots until I discovered it had an underwater setting and an optional underwater housing. I was intrigued. The camera was $350, the housing, only $169.

The tiny camera has automatic settings that allow almost anyone to get good photos right out of the box. However, the advanced version of the user’s guide has 144 pages and the housing, 9 buttons and 2 levers. There was a lot to learn. I used the housing for the first time in Florida last February. I was surprised at how well the photos of manatees, rivers, springs and caverns came out. The camera is way smarter than I am.

I learned a lot on the manatee trip, including that I could take close-up, normal view and wide-angle photos in the underwater mode and that the lens zooms in and out with the push of a lever. I also accidentally learned how to shoot videos when I pushed the wrong button while trying to photograph a speedy little turtle in Rainbow River.

Several months later, I decided to take the point and shoot system to Yap. It was small enough to carry in my backpack so it arrived with me, while a suitcase containing critical components of my pro system went missing. By the time the lost luggage showed up, I was having so much fun with the point and shoot—and the photos looked so good—that I continued using it. That’s why I took only the point and shoot system on a recent three day Vision trip. It would be the first time I used it in California waters.

My system consists of a 7.1 pixel camera (5.29 ounces) and its battery charger, along with an underwater housing (10.6 ounces) with a diffusion plate and wrist strap. The diffuser slips over the lens port on the front of the housing and evenly distributes light from the camera’s built-in flash.

The underwater system takes less than five minutes to put together. You drop the camera in the housing, then close and latch it. All of the camera’s functions can be accessed while it is in the housing. On occasion, the housing’s O-ring should be removed, cleaned and lightly greased. The yellow O-ring is clearly visible through the housing so you can see if it’s sealing properly.

There is currently a 2 GB Secure Digital memory card in my camera. Cards this large came out after the manual was printed so I don’t know how many images it holds. However, the manual says a 512 MB card will hold 156 of the highest quality images the camera can take.

I am still learning how to use my camera’s many features—and continue to be amazed by what it can do.

It does have limitations. The built-in flash is good for distances up to nine feet topside but illuminates objects no farther than two feet away underwater. Unless the water is exceptionally clear and your subject relatively close, zoom shots won’t be sharp. There is shutter lag (the photo isn’t taken until a second or two—my manual doesn’t say how long—after you press the shutter button), which means getting good photos of fast moving objects is difficult. If you take a lot of photos in a row, it could take a few seconds to record them to the memory card and you won’t be able to shoot until that’s done. Also, it is impossible to see images on the LCD monitor in bright sunlight.

Keep in mind that my system was a fraction of the cost of a digital SLR system and that newer and better cameras are available.

On the recent Vision trip, there were quite a few point and shoot digitals. Each system was different and every person I talked to loved the one he/she had. Buy the best one you can afford and you will probably love it, too.

The best features of my system are its compact size and lightweight, its ease of operation and its ability to shoot everything from a giant sea bass and to a tiny bluebanded goby on one dive. It works well in challenging conditions, such as low light and plankton filled water, and needs only minimal maintenance (soak the housing in fresh water at the end of the day, clean and grease the O-ring occasionally, and charge the battery when needed). I love that I don’t have to take the camera out of the housing to take topside photos. And did I mention the housing fits in my BC pocket?

All of the photos in this article were taken with my digital point and shoot. Prints as large as 8 by 10 inches look good.

Underwater photography used to be difficult and expensive and learning to take good photos was time consuming. That’s no longer the case. You, too, can produce images that will amaze your friends, family and maybe even yourself! (Don’t forget: The closer you are to your subject the better your photos will be.)