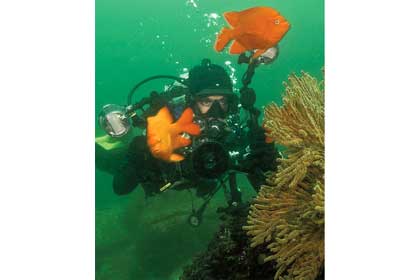 The Cold, Dirty, Truth: How to Get Good Photos in California Waters

By Marty SnydermanMarch 27, 2012No Comments

Talk with underwater photographers about shooting in California and it probably won’t take long before you hear some comments about how much more challenging it is to produce compelling photographs in our home waters than it is in clear tropical water. I don’t disagree. But I will say that with some forethought, practice and good shooting techniques it is possible to create strong macro and wide-angle images in California waters much of the time. It’s simply a matter of employing the best shooting techniques to consistently create winning shots.