By Dale ShecklerDecember 9, 2008No Comments

One of the least understood elements in underwater comfort is buoyancy balance. Buoyancy balance is the proper placement on the body elements of buoyancy (the buoyancy compensator or “BC”) and weight (lead). Put in the proper positions, in the right amounts, and the diver can totally relax underwater, not just hanging effortlessly midwater, but doing so in the desired body position (horizontal, slightly head up, slightly head down, vertical, etc.). How all this happens, and happens correctly, is largely dictated by the weight belt and buoyancy compensator. When it comes to a weight integrated BC (where the lead is part of the BC assembly) the task falls completely on the configuration and style of the BC. The new Fusion BC from Sea Quest does this very well, probably better than any of its predecessors.

Two styles of BC dominate the market—back mount and side mount. With a back mount BC, the majority, if not all, of the buoyancy is mounted in an upside-down U shape on the back. With side mounts, however, most of the buoyancy is along the sides of the body. Each has its advantages and disadvantages. Backmounts are compact, streamlined and do not obstruct the diver. They also help to keep the diver in a horizontal position underwater, the most commonly desired posture underwater. On the surface, however, a backmounts have the tendency to float the diver face down. Sidemount BCs, on the other hand, put the diver in a more relaxed upright or on the back posture on the surface. If you like big pockets on your BC, the sidemount is the way to go. Disadvantages include bulkiness and a more difficult time achieving the right body position underwater.

The Fusion BC is just what its name implies—a joining of the two styles of BCs gaining the benefits of each while minimizing the downsides. Clearly the Fusion BC designers were striving for maximum streamlining with little sacrifice of features. They did well. The rear portion of the flotation bladder, the part that looks like a backmount BC is in tight, hugging the tank by partially wrapping around it. The side portion of the buoyancy bladder are relatively small, just enough to give the advantage of stability on the surface.

Streamlining is also accomplished with what appears to be obviously missing—the corrugated hose and inflator assembly. The inflator is still there, just put in a place that make more sense—on the left side of the side buoyancy wing where your hand is usually at rest. Having the inflator here prevents the common problem of a rouge BC hose that is often in your face, ruining photos, or nowhere to be found when you need it. The low pressure hose loops up under your left are up to your first stage completely out of the way. And right next to it is one of the three dump valves—a pull instead of button so there is no mistaking which is which here. This pull goes to a dump in the lower left, perfect for exhausting air in a head first pike-dive. The other dump valve pull is located on the right BC strap. That leads to a right shoulder valve—good for dumping for a leisurely feet first descent. The final dump pull is on the lower right.

But what about the oral inflator? Don’t you need an oral inflator? Honestly, when was the last time you were COMPLETELY out of air and had to use the oral inflator? Even so, it is a possibility and one is included but tucked out of the way, yet easily accessible location (in some instances, easier to find that a corrugated hose that floats over your head).

Many additional features make this a very functional BC. The shoulder straps have swivels that rotate adjusting a variety of body shapes. The waist band is depth compensating and adjustable in the back for us Americans who forever seeming to be gaining and losing fat.

Speaking of getting the lead out, Sea Quest uses a patent pending weight integration system that is unique in that it uses no velcro. While velcro is okay, its holding power is inconsistent. The Sea Quest Sure Lock™ is a mechanical weight release system that gives a reassuring “click” when it is in place and is freed with a simple sharp pull. There is little risk of accidental loss of your lead. Additional non-dumping weight pockets are located on the rear of the BC.

I especially liked the method of tank mounting. On the hard pack they use a patented plate they call Tank Traction, along with one heavy duty strap and a second light duty strap that stabilizes the tanks position. A heavy duty handle with a thick rubber grip makes carrying the entire assembly, weights included, at least tolerable.

The only weak point of this BC is pockets. It has only one that rolls up out of the way when not in use (which is good for streamlining) but flops around when full.

For more information of the Fusion or any other of Sea Quest’s full line of dive gear, visit www.sea-quest.com online. 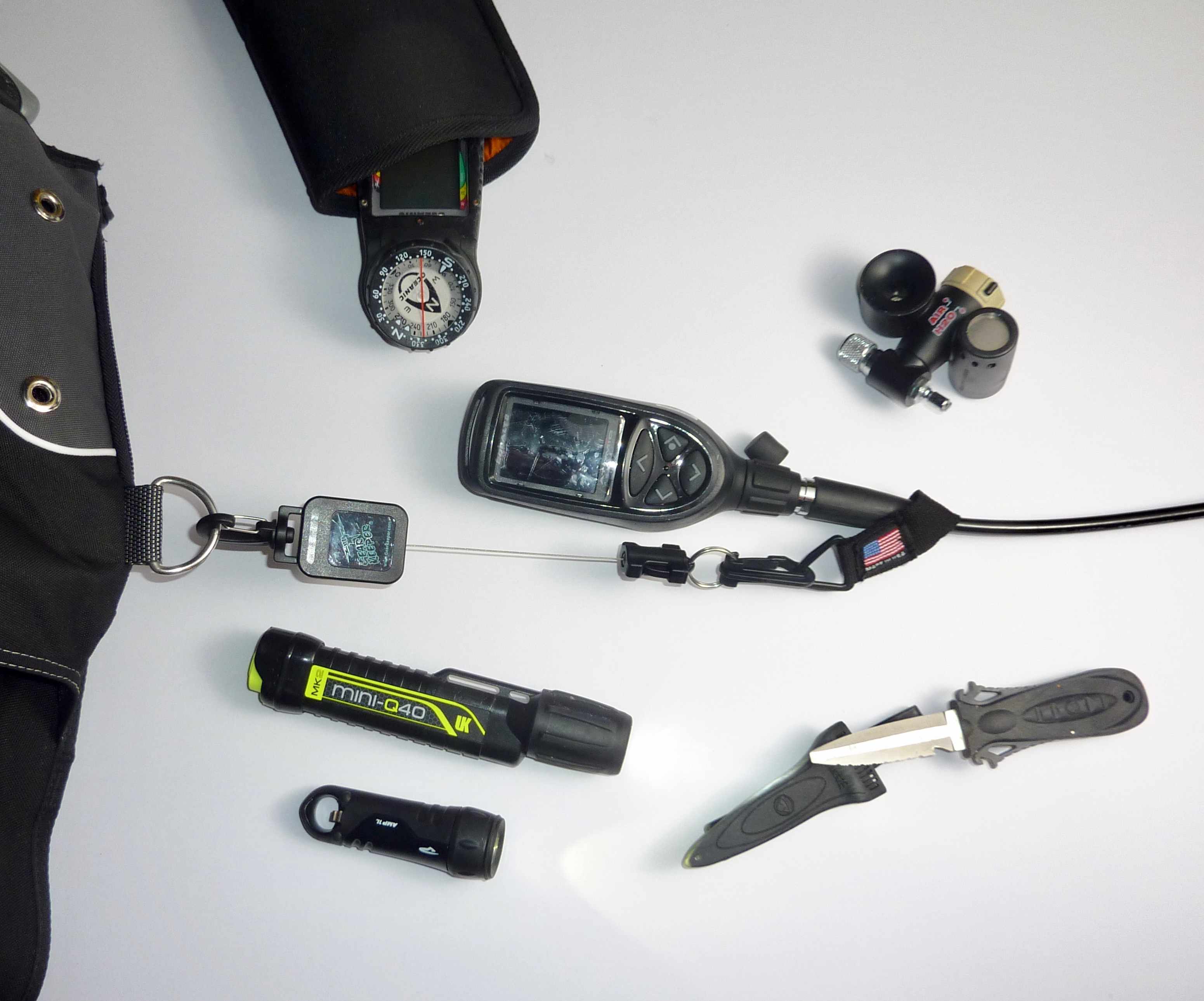 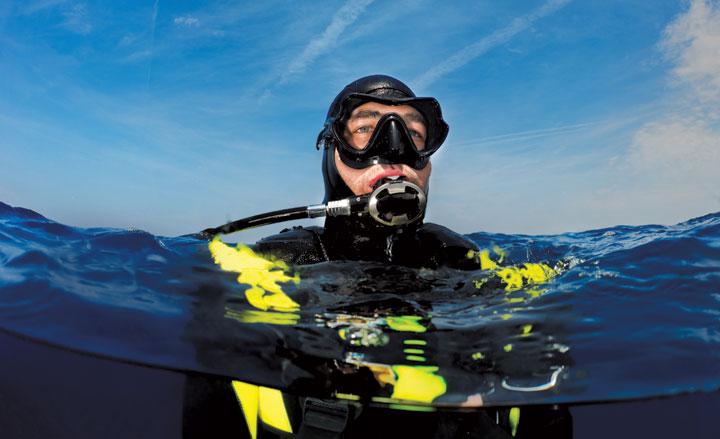 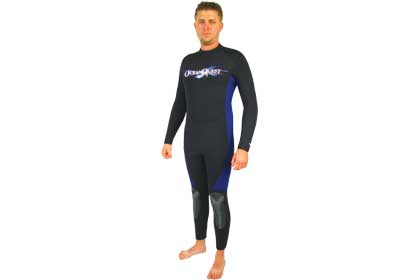