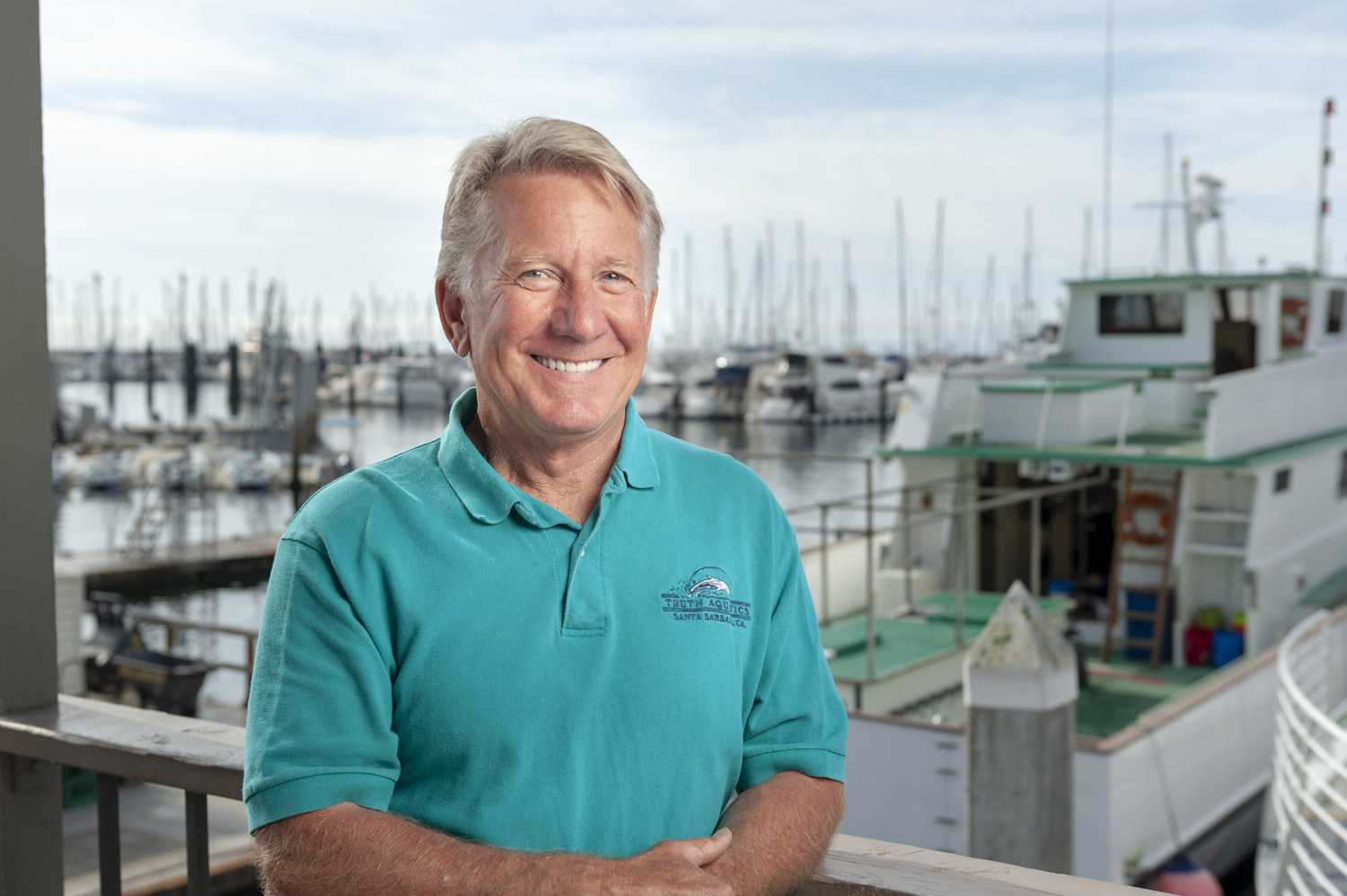 Fritzler, owner of Truth Aquatics live-aboard fleet, started diving with his dad at the age of 12, and spent practically every weekend diving the coves in Laguna Beach. Occasionally the father and son buddy team would jump on a charter dive boat from San Pedro bound for the Channel Islands. One day they joined skipper Roy Hauser on his 57-foot boat Truth to dive the backside of Catalina, and that’s when Glen says his life and his calling were sealed.

After falling in love with Roy’s boat, father and son went to sign up for another trip, only to learn that the boat had crashed at San Clemente Island and was a complete loss. When they went out with Roy on a boat he was using while starting construction of a new, larger Truth, Roy invited Glen to spend a week helping him build the boat. Glen ended up spending the entire summer working for Roy, and Glen became a deckhand after the boat was launched. By 1979, at the minimum age of 19, he became a licensed captain. That’s when Roy proposed taking Glen on as a partner, allowing him to build equity in the operation.

After running the Truth for a year, Roy and Glen decided to build a newer, larger vessel, adding the Conception to their fleet in the summer of 1981. Conception was California’s crown jewel of live-aboard dive boats. It’s also where Glen met the love of his life, Dana. On the couple’s first dive together they encountered a 17-foot great white shark, truly a memorable first dive-date experience. They married in the summer of 1986 and have a son Austin, a wild land firefighter, and daughter Ashley, an equestrian.

Truth Aquatics started construction on a third boat, the Vision, in 1984. Around the same time, they secured the lease for Santa Barbara’s Sea Landing facility. Today Sea Landing accommodates the three-boat fleet and Glen subleases the rest to water sports concessions including a whale watching boat, a dive center, and a jet ski rental company. Sea Landing is the hub for ocean activities in Santa Barbara.

In the early 2000s luxury dive boats were popping up in warmer water destinations around the globe and California dive business started to slow. Roy had retired and Glen reinvigorated his business by securing a contract with the Channel Islands National Park to take non-diving passengers to visit the islands. The trips include hosting the Sierra Club and various school groups — seniors and kids alike enjoy the thrill of experiencing the Channel Islands for the first time onboard a Truth Aquatics vessel. Through these and other types of trips showcasing what the region has to offer, Glen hopes to bring California diving back as a worldwide destination.

As the Truth turns 45 this year, Glen estimates that the three boats have hosted over 450,000 divers, and 1.3 million California dives. For more information, visit truthaquatics.com