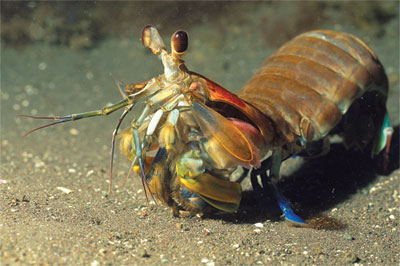 By Marty SnydermanMay 30, 2012No Comments

Some divers swim over patches of sand in California as if they are trying to escape from something. The faster they go, the better. I understand the magnetic appeal of the adjacent kelp forest and rocky reef communities, but experience has taught me to appreciate, rather than avoid, the sand biome. At first glance, some sandy areas appear to be vast wastelands of nothing but sand. But I invite you to look again. I have learned that if I slow down and take a good, hard look, I usually encounter a completely different set of animals that are as fascinating as those found in nearby kelp forests and reefs.