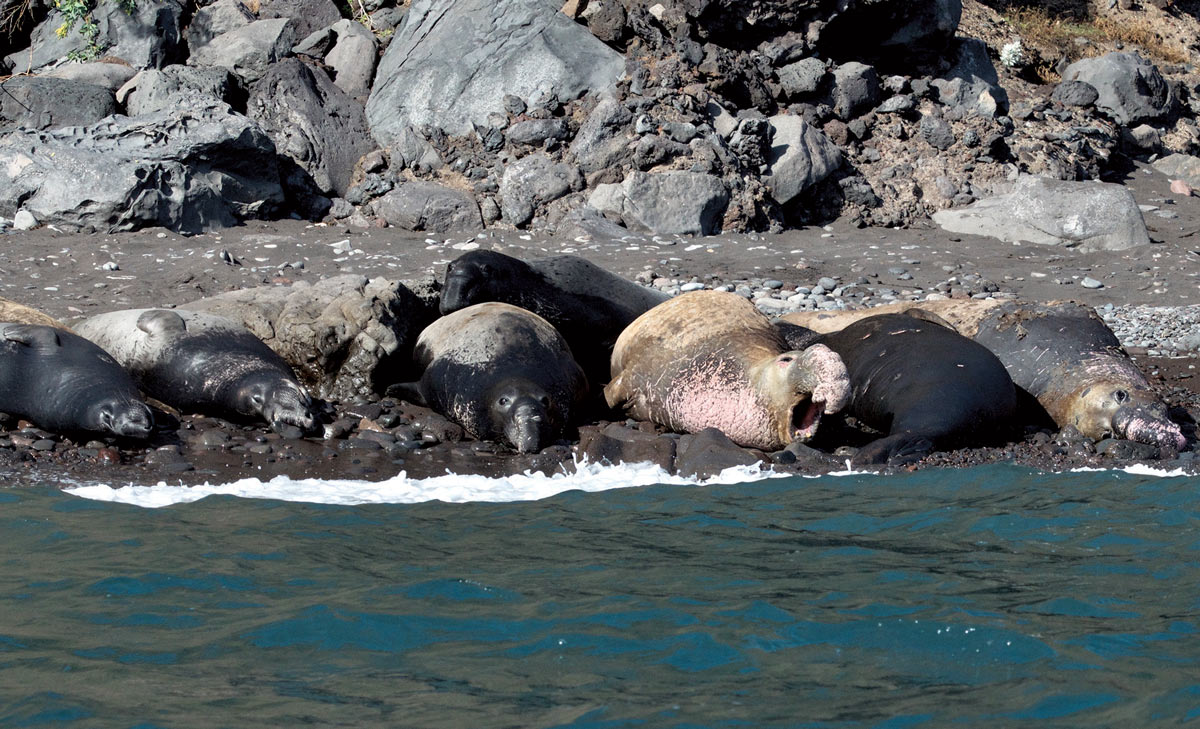 Harbor and elephant seals belong to a group of carnivorous mammals called pinnipeds, of which there are 35 species around the world. These are divided into three groups: 18 “true” or “earless” seals, 16 eared seals, and the walrus. Sea lions are the eared branch of the group; walruses, which have tusks, have their own family and genus. (The fur seals, which are closely related to sea lions, will be covered in a future column on the eared seals.)

Harbor seals and elephant seals are “true” seals or phocids. They can be identified by ear holes that have no external ear flaps, relatively small front flippers, and locomotion on land, which is similar to the undulations of a caterpillar. In the water, seals flap their rear flippers side to side, like a fish tail. Their cousins the sea lions use powerful front flippers to propel themselves through the water. On land sea lions walk and climb with agility using all four flippers.

The harbor seal is the most widely distributed pinniped in the world, inhabiting temperate and Arctic marine coastlines of the Northern Hemisphere. The worldwide population is estimated to be 350,000 to 500,000 individuals; about 45,000 of those living in California.

The discontinuation of commercial sealing and protections enacted in the early 1970s by the United Kingdom and the United States have stabilized the general harbor seal population. There are pockets of concern where these seals are still persecuted in the belief that they compete with commercial fishers for resources. Seal pup fatalities in fishing nets is another area of concern. Northern elephant seals have made a remarkable recovery from overhunting for their blubber to make oil. Of the hundreds of thousands that once roamed the Pacific, they were thought to be extinct in 1884. But a colony of eight was discovered in 1892 on Guadalupe Island, located off Mexico’s Baja California. Today, approximately 200,000 northern elephant seals come ashore annually across their range. 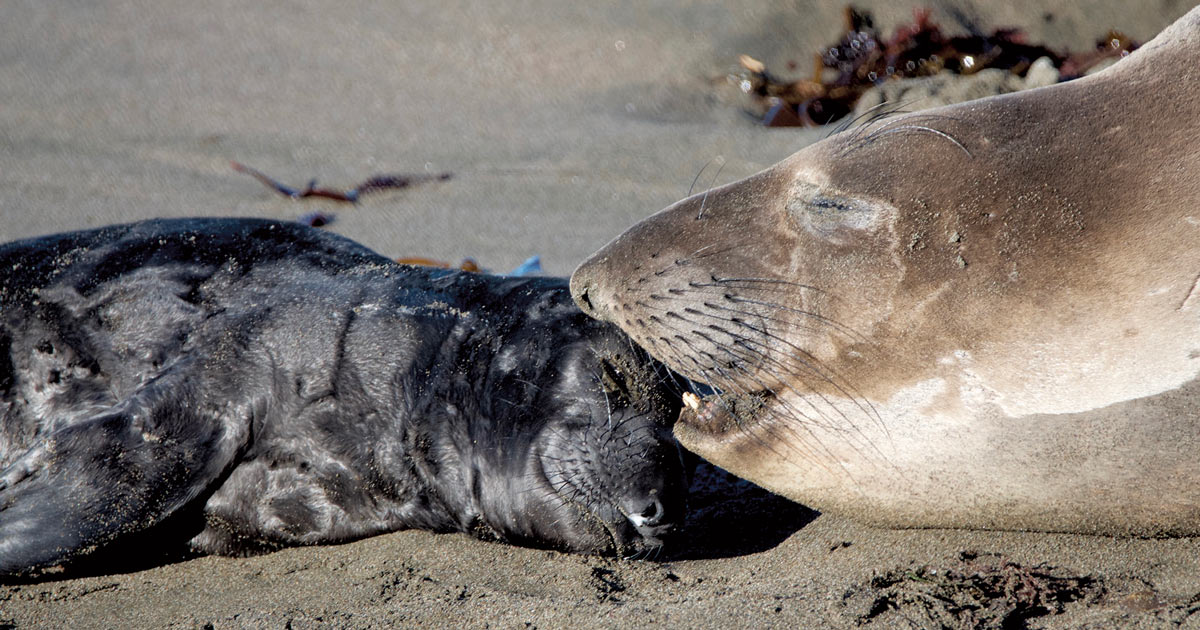 Pacific harbor seals (Phoca vitulina) have spotted coats in a variety of shades ranging from white or silver-gray to black or dark brown. Their undersides are usually lighter. Harbor seals average 5 to 6 feet (1.5 to 1.8 m) in length and weigh up to 300 pounds (136 kg). Males are slightly larger than females. Harbor seals in Alaska and the Pacific are generally larger than their Atlantic counterparts.

Northern elephant seals (Mirounga angustirostris) are the second largest seal in the world, bested only by the male southern elephant seal. Elephant seals are easily recognized by their sheer size and their distinctive snouts, which in the mature male resemble a short, thick elephant trunk. A northern male reaches up to 13 feet (4 meters) in length and weighs up to 4,500 pounds (2,041 kg). Females are smaller, up to 10 feet (3.5 m) and 1,300 pounds (590 kg), and have a less pronounced snout. 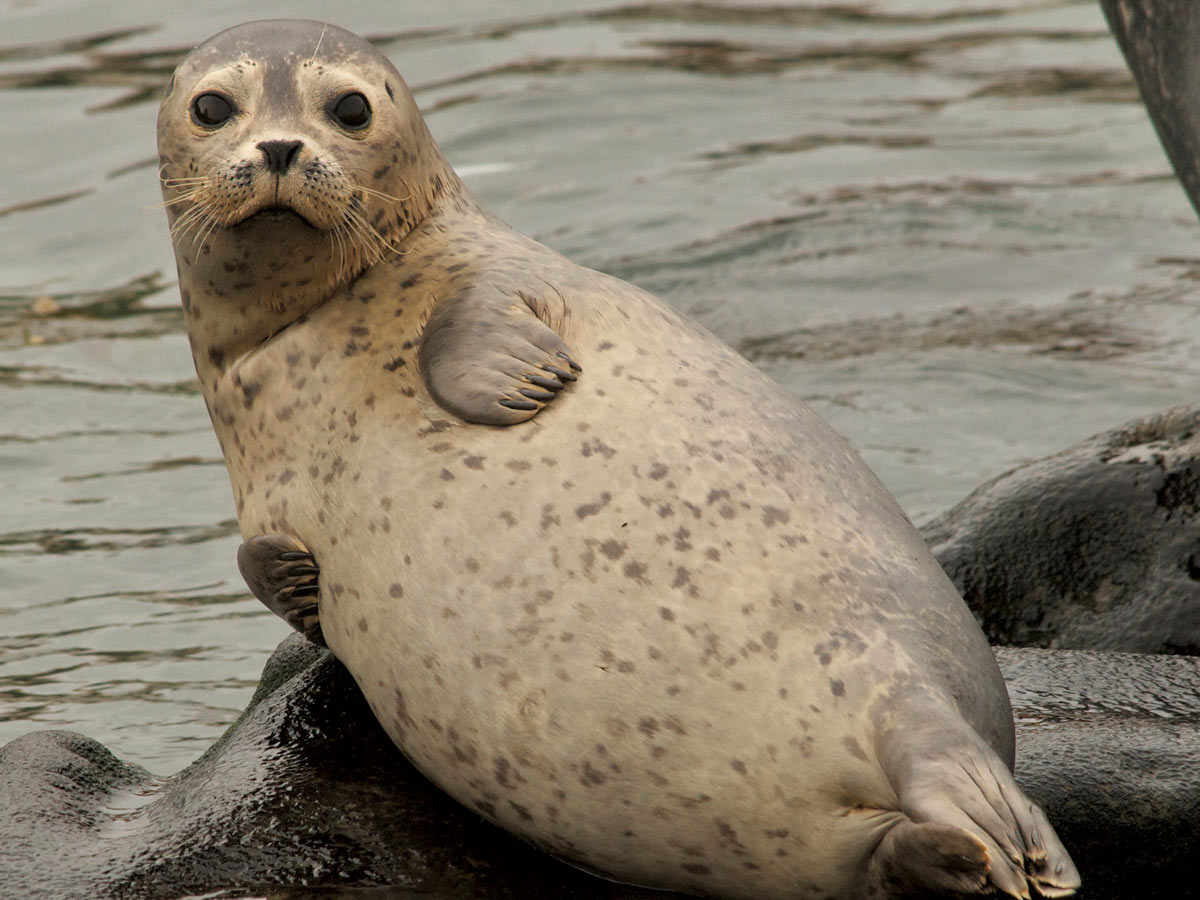 Pacific harbor seals favor nearshore coastal waters where they can be found on rocky islands, sandy beaches, mudflats, bays and estuaries. They favor sandy beaches for pupping, which are becoming less available to them as a result of human activities.

Northern elephant seals spend most of their lives at sea, only coming ashore to beach rookeries to give birth, breed and molt. Females feed mostly in pelagic waters; males prefer the Continental shelf where they make deep dives, as much as 5,000 feet, searching for prey on the bottom. 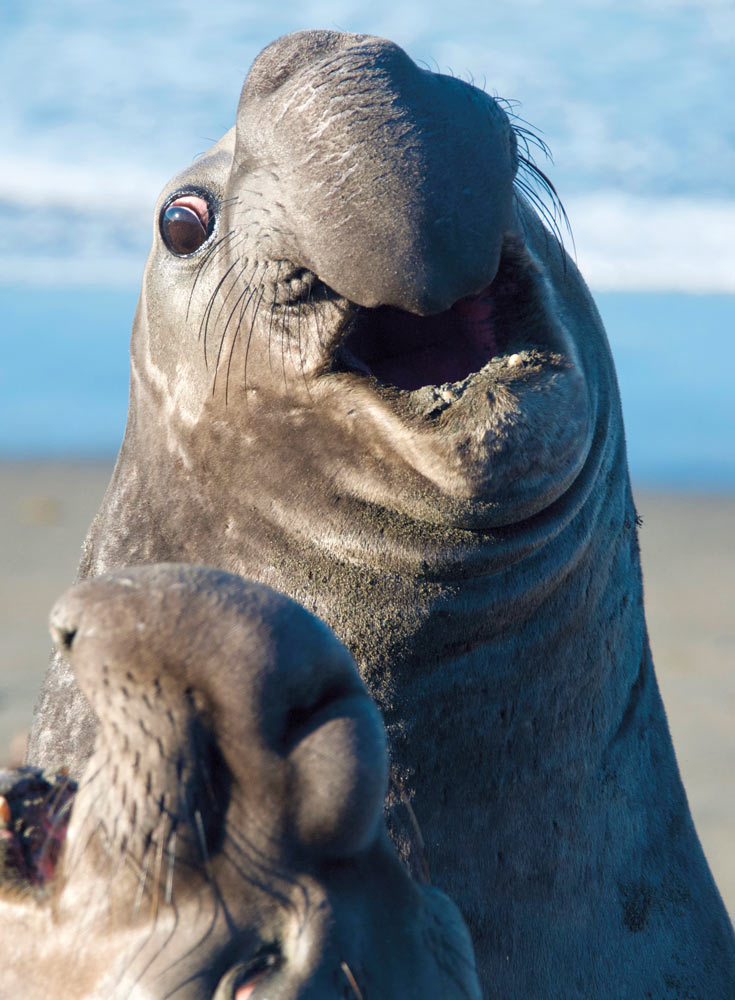 As true earless, or “crawling,” seals, harbor and elephant seals have relatively small or weak flippers that help them move on land by flopping along on their bellies, called “galumphing.” But don’t be deceived: elephant seals can move surprisingly fast, almost 5 miles (8 km) per hour. Dominant beachmaster males need bursts of speed to attack and repel other males encroaching on the master’s harem. 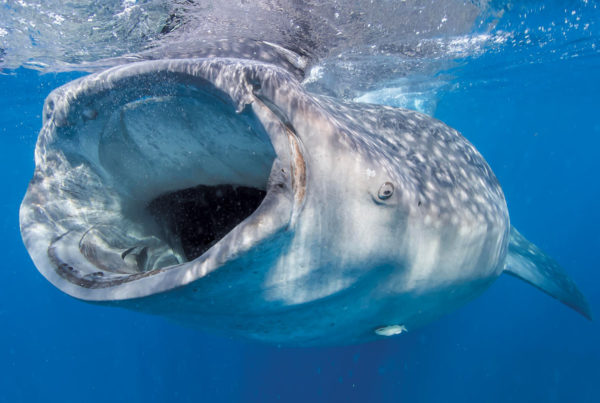