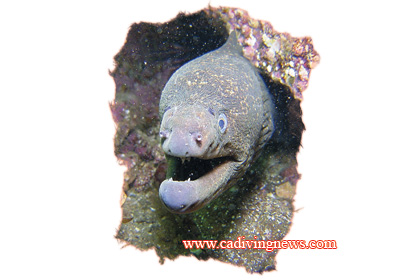 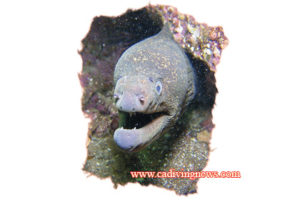 “Blub, blub — oooe‚ — ooooooh, glub!” With the excellent visibility, it was easy to see my dive buddy wildly waving her arms in an excited attempt to get my attention. I’ve seen this many times, and even from afar I can tell it means “excitement” rather than “distress.” I really appreciate when another diver wants to show me something underwater, so I quickly made my way over to her. As I searched the area, looking into a small crevice I noticed what she was so excited about. I was stunned. And very pleased, too. There, in all its glory, was a juvenile California moray eel — the first moray I’ve seen at Anacapa Island in 15 years — and I frequently visit this island.