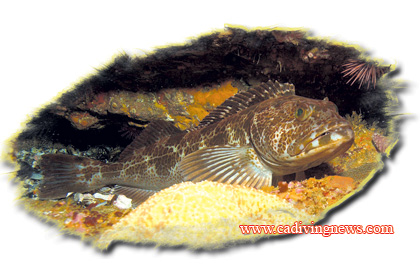 Your Brain as a Primary Piece of Diving Equipment

By Ken KurtisJanuary 1, 2009No Comments

It seems that in the past year we have been plagued by a rash of diving deaths, the most recent being the death of a very experienced research diver (over 3000 dives) on the wreck of the El Rey in San Diego the first weekend of the new year.

Certainly none of these people entered the water thinking, “This will probably end up killing me.” By the same token, the reaction of many in the diving community when hearing the circumstances of some of the deaths has been to say, “What were these people thinking?”

To me, it underscores a critical guideline for diving that we don’t discuss or emphasize often enough. And that’s the critical role that good judgment and common sense play in ensuring our safety in the water.

It doesn’t matter what kind of shape you’re in, how much money you spent on your equipment, what agency or instructor trained you, who you’re diving with, what magazines you subscribe to, or how many dives you’ve made. If you’re not thinking through your dive plan and making good decisions, you are putting yourself at risk for an accident. And while you may dodge a bullet, eventually it will catch up with you.

What seems like innocuous small problems, when strung together, can suddenly add up to life-threatening situations. Maybe you’re feeling just a bit off, your regulator has a bit of a free flow, the current’s just a little stronger than you thought, and the vis just a little less than hoped for, but you do the dive anyhow, not realizing that all these little things are about to add up to diver fighting a free-flow who’s getting tired and dragged downcurrent after being separated from his/her buddy.

A saying that I’ve included for years in my basic classes is, “You never get hurt on a dive you don’t make.” Nine times out of ten, when you talk with someone who’s just had a serious in-water problem, they’ll admit that they ignored that little voice in the back of their head that was telling them this may not have been the right time to dive.

In non-scuba situations when discussing the pros and cons of something, you might say, “Well, what’s the worse that can happen?” In scuba, the answer is, “You can kill yourself.”

Good judgment and common sense are hard to define because what makes sense for one diver can be beyond the capacity and comfort level of another. Really take time to evaluate situations. Consider all the possibilities. Approach the dive not with an it-can’t-happen-to-me mentality, but consider all the things that could go wrong and know how you’ll deal with them. And most of all, dive within your limits and don’t be concerned about passing on a dive you don’t feel comfortable making.

Diving is a fabulous sport that can be safely enjoyed for years to come if you just get into the habit of using your brain as one of your primary pieces of diving equipment.