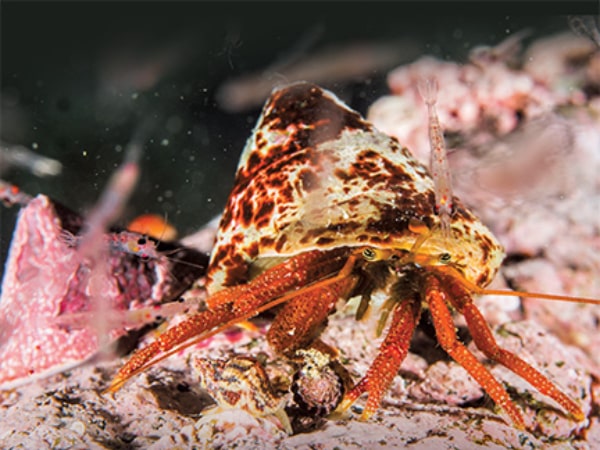 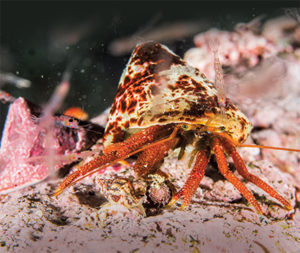 Monastery Beach in Carmel is home to two rather different dive sites. The North end of Monastery Beach has relatively easy access to very deep water due to the fact that the Monterey Submarine Canyon gets fairly close to shore. The South end of Monastery Beach is a bit shallower and is often better protected from the swell. Both ends of the beach are rocky and are home to good sized kelp patches. Under the water there is a sandy area between the North and South rock outcroppings. Both ends of the beach should be considered advanced dive sites that warrant your respect. This is due to the fact that the beach is steep and is composed of BB-sized sand.

The “Monastery Crawl” proves useful when diving this beach. The crawl can be used to extricate yourself from the surf zone when coming ashore. As with any shore dive, keep your regulator in your mouth when going through the surf zone. Avoid diving Monastery Beach if there are waves present.

Now that the warnings have been issued, the reward for diving Monastery can be fantastic. At the North end are striking granite structures, majestic giant kelp stipes, and sights that can only be seen at depth. At the South end is the possibility of encountering a wide variety of creatures. The purple urchin invasion has not hit Monastery Beach as hard as other nearby areas. The kelp is still fairly healthy.

When diving Monastery Beach South park on the West side of Highway 1 near the South end of the beach which is near the restrooms. You will likely see a sign that indicates that you are at Carmel River State Beach. Don’t be concerned about being in the wrong place. After reading the sign if you turn around you will likely see the Carmelite Monastery of our Lady and Saint Therese, the namesake of this beach. The beach is also named San Jose Creek Beach after the creek that bisects the beach. Regardless of what you call this beach the diving area falls under the protection of the Point Lobos State Marine Reserve, which is a no-take zone.

The entry point for diving the South end is near the restrooms. You will have to trudge through the sand between the parking lot and the water. After entering the water you will have a surface swim of about 250 feet which will skirt the northern edge of the kelp patch. The sea floor should be about 40 feet below you at this point. On good days you can see the bottom. Some of the best visibility in all of Central California can be had in this area; especially in the fall and winter months. When you descend you should find large granite rock outcroppings separated by patches of sand. Head north with the rock outcroppings on your left shoulder until your planned turn-around time. As you travel north your depth will increase. Some of my most memorable Monastery South creature encounters have been Serpulid worms, pinto abalone, diving cormorants, pacific sunfish, schools of half beaks, harbor seals, sea lions, and sunflower sea stars.

The South end of Monastery tends to be a fish nursery. In and around the sandy areas I have seen angel sharks, various flat fish and electric torpedo rays. You might also see red abolone (Haliotis rufescens) but keep an eye out for the somewhat rare pinto abalone (Haliotis kamtschatkana) which is also called northern abalone. Pinto abalone were placed on the endangered species list in 2006. Monastery Beach typically has a large variety of rockfish, too. Schools of blue rockfish tend to be fairly shallow on the periphery of the kelp beds.

When planning your dive make sure to reserve some air to be used when making your way through the surf zone as you leave the ocean. Once safely back on dry land your mind will start planning your next visit to Monastery Beach South.

Access: Just off Highway 1 near the south end of the beach. Parking is free.

Facilities: Restrooms at south end of the beach.

Entry and Exit: Enter/exit near restrooms. Kayak diving is an option on calm days.

Hunting: Part of Point Lobos State Marine Reserve. It is unlawful to injure, take, or possess any living, geological, or cultural marine resource.

Cautions: Even small surf here can be dangerous.