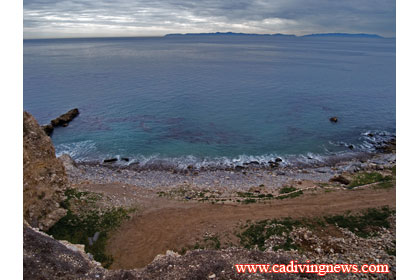 By Bruce WatkinsApril 7, 2010No Comments

On April 1st the adopted Marine Life Protection Act (MLPA) areas in the North Central Region are scheduled to take effect. This follows the creation of protected areas in Central California in 2007. California abalone season also opens April 1st, and it is timely to consider the impact of this legislation on abalone hunting in Sonoma and Mendocino Counties where the vast majority of abalone are harvested.

Any legislation represents a comprise between opposing factions. Conservationists wanted more area protected, avid fishermen less. While many support the idea of protected areas, they do not want their favorites spots closed to fishing (the “not in my backyard” syndrome). Prior to this legislation there were a total of 10 protected areas in Sonoma and Mendocino Counties. However, only three of these (Point Cabrillo, Del Mar, and Gerstle Cove) actually restricted the taking of abalone and finfish, and represented only a tiny fraction of the divable coast.

The new legislation is a major game changer. Some 153 square miles of coastal waters within the North Central area (Alder Creek, near Pt. Arena in Mendocino County, to Pigeon Point in San Mateo County) will be protected in 21 Marine Protected Areas (MPAs), comprising 20.1 percent of the North Central area. Officially, 86 square miles (11 percent) of this coast are within no take areas, but this is a bit misleading for divers, since abalone and finfish may only be taken in one State Marine Conservation Area (SMCR), and only finfish may the taken in the Sea Lion Cove (SMCR). A lot of the prime abalone hunting grounds have been taken from divers. Complete information and rules may be found at: www.dfg.ca.gov/mlpa/northcentralhome.asp.

What we kept: Focusing on the Sonoma/Mendocino area, not much diving is done south of the Russian River, so the MPAs south of there will impact few divers, except for the local divers who like to dive the Bodega area. All of the popular dive sites within State and County Parks and access through private campgrounds remain available to abalone hunters and spearfishers. Although the Salt Point SMCR is large, finfish and abalone may be harvested. This is distinct from the Gerstle Cove Reserve that remains under the same rules and no game may be taken.

What we lost: The Stewards Point State Marie Reserve is huge and nothing may be taken. It mostly comprises little used areas south of Stewards Point, but includes the northern part of Fisk Mill Cove, a sheltered site when the northwesterlies are blowin’. Saunders Reef was little used by divers, although it was a good place to hunt for abalone and fish is now closed to most fishing, but salmon and urchin may be taken. The area north of Point Arena, including Arena Rock is now closed to game hunting. This is a fantastic dive site, but divers can still enjoy its beauty if not its ability to provide dinner. Although spearfishers and abalone divers lost a fair amount of the ocean, hook and line fishers lost much more, since many of the newly protected areas are not particularly good dive sites, but are good fishing sites.

On a personal note, my biggest regret is not within my favorite hunting grounds, but my favorite dive sites in San Francisco County. Starting April 1st there is a 1000-foot exclusion zone around North Farallon Island, and a 300-foot exclusion zone around Isle of St. James. That means no take and no access. These, simply put, are two of the best dive sites in California, and I mourn they are no longer accessible to divers.

On the other hand, I have watched the precipitous decline of finfish and most invertebrates over the past 33 years; something had to be done. There is every reason to believe that these protected areas will recover, and that game will spill over into our favorite hunting grounds. This will take some time, and I look forward to that day.

Remember abalone season runs from April 1st through June 30, and August 1st through November 31st. A California fishing license is required along with an abalone punch card, and each abalone landed must be immediately tagged. The daily bag and possession limit is 3, and the yearly limit is 24, and only red abalone may be taken. Please check current regulations for gear and other restrictions: www.dfg.ca.gov/marine/abalone.asp.