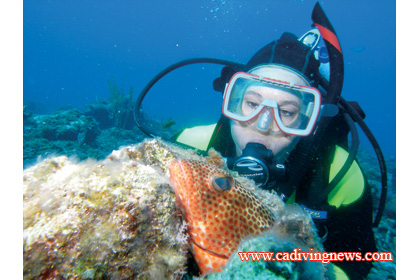 By California Diving NewsDecember 4, 2008No Comments

Show Producer Dale Sheckler was pleased with the show turnout. “I couldn’t be happier about the way the show went this year. We had a solid crowd both days, and I know both exhibitors and attendees were happy. I think we did a great job in bringing them together.”

The SCUBA Show also sold out exhibit space well in advance. “We’ve already begun looking towards next year and how we are going to top ourselves,” said Sheckler. “We have some interesting things in the works that are going to once again please both exhibitors and attendees.”

SCUBA Show 2009 will take place May 30-31 2009 at the Long Beach Convention Center. To find the latest news about The SCUBA Show visit www.scubashow.com