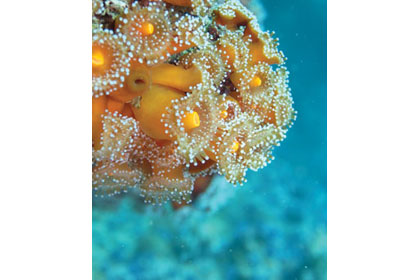 Now’s the Time to Explore A Kelp Forest

By Marty SnydermanAugust 6, 2013No Comments

“The number of living creatures of all Orders, whose existence intimately depends on the kelp is wonderful. A great volume might be written, describing the inhabitants of one of these beds of seaweed. I can only compare these great aquatic forests with the terrestrial ones in the inter-tropical regions. Yet, if in any country a forest was destroyed, I do not believe nearly so many species of animals would perish as would here, from the destruction of kelp.”

This quote is attributed to the renowned English naturalist Charles Darwin from his writings in 1845, and the seaweed he was referring to is giant kelp (Macrocystis pyrifera). As divers, we know giant kelp to be a mainstay and feature attraction of the magnificent undersea forests that occur all along the California coast. Although discoveries made in recent decades of many of tropical birds and insects, species that were unknown to Darwin in the 1800s, have brought the preciseness of his conclusions into question, his recognition of the biological importance of kelp forests was well founded indeed!
California’s kelp forests are among the most productive and stunningly beautiful ecosystems in the world. Kelp forests serve as homes, hiding places, places of attachment, places for rest, sources of food, breeding grounds and nurseries for numerous species of all types and sizes. In fact, as many as 800 species can be found in healthy forests of giant kelp, an organism that is now classified as a type of brown algae instead of a plant as it was in Darwin’s day. A single mature plant can support more than one million organisms. That’s a staggering number. Of course, many of these creatures are microscopic, but kelp forest occupants that are wonderfully visible to the eyes of divers range in size from inch-long, rainbow colored nudibranchs to 50-foot long California gray whales.
While experienced California divers know that our local waters provide some great diving throughout the year, they are also aware that late summer and fall tend to consistently serve up the best visibility, warmest water, and the healthiest conditions for forests of giant kelp to reveal all their glory.
If you are currently taking your scuba certification course, or perhaps you are an out-of-state resident that has yet to explore a California kelp forest, you might not know that late summer and fall is such a great time to experience a California kelp forest. Well, now you know! Contact a California dive center and tell them that you are interested in experiencing a California kelp forest. They will be happy to have you join them for some dives, or they can put you in touch with one of the dive charter boats that serve both the California Channel Islands and our nearshore waters.
Before you know it, you will find yourself mesmerized by shimmering rays of sunlight dancing through a golden undersea forest filled with a staggering variety of creatures.