How to Photograph Elephant Seals

There are several “rules” in big animal photography. You must be where the animals are, and when they are there, you must find cooperative animals in clear water. And, most important of all, you got to have a lot of luck.

Elephant seals (Mirounga angustirostris) are a good example of this. These pinnipeds belong to the family phocidae, the true seals. Males may grow as long as 16.5 feet and weigh in excess of 5000 pounds, while females may only weigh 2000 pounds. Only the males have the unique inflatable nose that give the species its common name.

Elephant seals are the true “master divers” of the pinnipeds world. They spend much of their lives far out to sea diving for squid and deep water fishes, often in excess of 3000 feet. During this time they are solitary and spread out over vast expanses of ocean. However, they regularly come ashore in large groups to pup, mate, and molt.

So where to find elephant seals is fairly easy. Any California wildlife guide will tell you that here are major haul-outs at Point Reyes, Southeast Farallon Island, Año Nuevo State Reserve; and Santa Barbara, San Miguel, San Benito, and Guadalupe Islands (the later two are in Northern Mexico).

When is also easy. Many adult seals haul out in summer to molt. However, the most reliable time to see them on land is late December through March (in Northern California). Many seals begin coming on shore in September, and females give birth in late December and January. February is the best time to photograph the big males sparing to determine who will be the “beach master.” Males use their inflatable noses to bellow at one another. Often conflicts are settled by who is the louder, but sometimes ownership of a harem is settled only after a long, bloody fight. The seals have a thick, neck shield to limit the damage inflicted.

Photographing elephant seals on land is easy. At Año Nuevo State reserve there are ranger-lead walks that are safe for both photographer and seal. At Piedras Blancas there are naturalists to interpret seal behavior and help children and pets from getting too close to the seals. Bring a long lens and shoot in the morning when the seals are more active and the light is at your back.

Of course, we divers want to film them in the water, so that is a much bigger challenge. The two above mentioned places have generally very poor visibility and too many big sharks. So the Channel Islands and the islands of Northern Mexico offer more promising prospects, and usually during the molting season when the seals are less aggressive.

As for equipment, I like to use a Nikonos with a 15 mm lens (or equivalent) and no strobe. Even under optimal conditions the visibility around elephant seals is never great, so backscatter from a strobe can only hurt the quality of your photos.

Often, I find that groups of a dozen or more adolescent seals will play and engage in mock combat for hours, just beyond the surf line. A good strategy is to hang just at the limit of visibility and wait for the curious seal to come to you.

Remember good photographs are rarely obtained by chasing marine life, particularly big animals. The trick is to put yourself in the right place at the right time, and allow the curious animals to approach you. Please note that it also illegal to chase or otherwise harass marine mammals. However, no law can permit a marine mammal from approaching you. 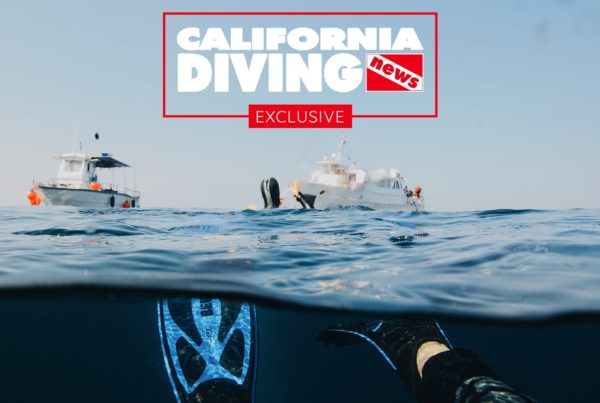