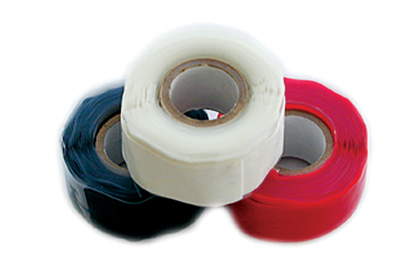 How to get better Shark images

Sharks have an image problem. On one hand those who do not know them very well think of them as indiscriminate, savage killers; while those who have spent time with them in the water think of them quite differently. Silent, curious, graceful, sleek…. The words used are descriptive of their beauty not our fear of them. Fact is sharks are one of the most fascinating, beautiful subjects a photographer will ever encounter.

They are, however, not the easiest animals to photograph. Believe it or not, most sharks are much more afraid of you than you are of them. So if you want to get close to open water sharks you must provide a bit of encouragement—you must bait them. At the Farallons Islands white sharks are attracted by jigging seal models made of wood and rubber. Otherwise, finely ground mackerel, tuna or fish juice works well to attract any open water shark.

Photographers will need to use a wide-angle lens to capture a quality image of a shark; you want to be close enough to capture a sharp image, but not too close. Shark photographers will want to use a lens with an angle of view of about 75 to 85 degrees (that’s translates to a 28 to 24 mm lens for film cameras, 18 to 16 mm for digital). While the photographers with the longer focal lens will get more shots, since the shark will come into range more often; the photographer with the wider lens will get sharper images, since there is less water between the camera and subject.

It is possible to get good shark images with natural light, but I prefer to add a bit of strobe light. A strobe enhances an important part of the shark—its teeth, which often fade into shadows with natural light. Since I also like to get close to my subject, I use two strobes to light the shark evenly, generally at low power and a positioned bit low to bring out the mouth and teeth.

There are two sharks that divers can predictably encounter on commercial shark cage trips—blues and great whites. The blue shark is nothing short of poetry in motion. They are sleek with a gentle, curious personality. Blues are pelagic animals. They are generally found in water deeper than 200 feet and warmer than 62° F. There are numerous commercial blue shark charters in Southern California.

Perhaps the most difficult thing is choosing, and controlling the background behind your shark. The trick here is to preposition yourself and aim your camera at your background of choice. For instance, if you wish to capture the shark coming out of a sunburst, aim the camera at the sun and wait until the shark swims into the right position before triggering the shutter. This can be difficult from a shark cage since the cage limits your freedom of motion. When diving with blue sharks I prefer to swim outside of the cage. Swimming in open water allows maximum flexibility in controlling backgrounds, and the chances of being bitten are quite small.

White sharks are inshore animals and may be found near their favorite food—colonies of elephant seals. On the West Coast there are two great places to find and photograph white sharks—the Farallon Islands—off San Francisco, and Isla Guadalupe—in Mexican waters about a days boat ride south of San Diego.

White sharks have a completely different range of personalities than the blues. Small white sharks often behave like children, particularly in the presence of larger sharks. They are timid and will dart at the bait, trying to see what they can get away with. Larger sharks are more assertive and assured, yet they are not reckless—aggressive behavior from a diver will usually cause them to flee. I never leave the cage when white sharks are around. They are just too big and too unpredictable.

When photographing whites from a cage you need to be creative, since most operators fasten their cages at the surface directly behind the boat. Try lying on the bottom of the cage to get a better, upward angle. Some operators use submersible cages on cranes that allow a cage to be lowered down 30 feet or more. This cage position enables upward camera angles for silhouettes of white sharks against the sun, or shots in clearer, deeper water.

Like all animals sharks do not like to be chased. Any motion towards a shark will often cause it to turn. This includes pushing your camera out of the cage as the shark approaches. It’s better to preposition your camera and let the shark come to you. Many divers will nervously dance around a cage following the shark and trying to anticipate the shark’s path. It is often better to find one optimal, comfortable place in the cage and wait.

Although sharks may have an image problem, you need not have a problem with your shark images. By selecting the right equipment, choosing your backgrounds and having a little patience, you will be able to come away from your shark trip with come great images.