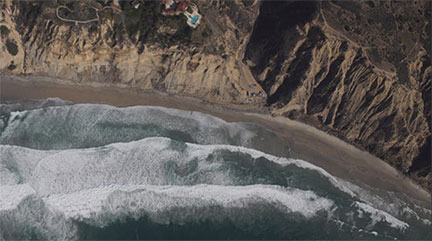 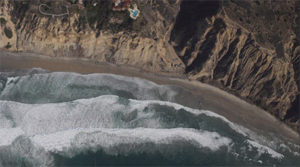 The much-hyped El Niño season — one of the strongest in the past 60 years — is here. And it’s living up to the hype, ravaging the Southern California coastline with record-setting storms.

The military is funding a coastline study to help determine how El Niño and climate change could impact its facilities and bases close to the ocean.

Scientists at the Scripps Institution of Oceanography are using flights across the coast to take precise measurements of beach topography that may explain El Niño’s possible effects on local beaches and cliffs. The study is paid for by the Office of Naval Research (ONR) and the U.S. Army Corps of Engineers (USACE).

Melville said they had to speed up funding because the beaches were already changing. The oceanographers found sea levels along the Southern California coast are up to nine inches higher than historical averages.

The ONR and USACE are concerned with the possible consequences on how they design buildings on the coast, said the Scripps Institution of Oceanography.

“The Navy has a huge infrastructure at sea level and needs to understand the impact of storms and sea-level change not only in Southern California, but around the globe,” said Tom Drake, the director of Ocean, Atmosphere, and Space Research at ONR.

He said the new data will help them understand how El Niño is changing the shape of the Southern California coast and give insight on how to predict future change.

The Scripps Institution of Oceanography said MASS uses a variety of tools to take beach topography measurements, including lidar, a laser technology that surveys distance by illuminating a specific target. With this laser technology combined with a GPS instrument and motion sensors, the oceanographers are able to scan the ocean in swaths of beach up to 600 meters wide.

According to Melville, the final product of collected data will explain how the sea level, storms and tides will affect beach and cliff topography during El Niño 2015-16. This will allow cities and states to adapt their management of coastal and urban infrastructure in response to higher sea levels in the upcoming decades.

“The Department of the Navy is keenly interested in understanding the potential effects of climate change and sea-level rise, and this coastal survey is a great example of the strategic partnerships that we contribute to and learn from to that end,” said Deputy Assistant Secretary of the Navy Karnig Ohannessian in a news release.

“The science informs key stakeholders in a whole-of-community approach to planning and adaptation, which ensures infrastructure resilience and enhances the Navy’s mission readiness.”

Melville believes these types of measurements should be conducted on a regular basis to track the health of local beaches. However, El Niño is not the only influence on rising sea levels, said the Scripps Institution of Oceanography. There’s also an unusual pool of warm upper-ocean water dubbed “the Blob,” which has been around in the West Coast since 2014. The combination of the Blob and El Niño have further strengthened the rising sea levels, amid a continuing pattern of increasing eastern Pacific temperatures.