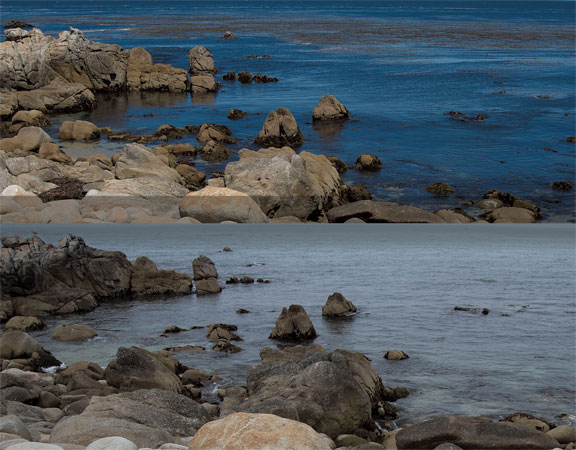 By Bruce WatkinsDecember 16, 2017No Comments 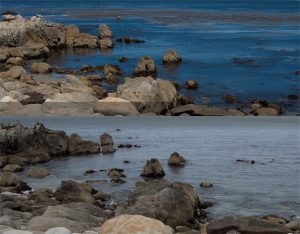 Divers have a front row seat to witness the profound changes that occur in our ocean world. Back in March I wrote a little piece about the seasonal changes we all enjoy each time our planet takes a lap around the solar system. This issue is about the longer term, and perhaps, more persistent changes that are happening to our California reefs.

Outside of the annual changes in our seasons there are multiyear weather patterns that occur regularly, but not predictably. The most well known is the El Niño/La Niña cycle, also called the El Niño Southern Oscillation. Equatorial winds blow warm, surface water westward from Peru to be replaced by colder, nutrient-rich water from the depths. In a “normal” year these winds are moderate and drive the upwelling that supports the South American fisheries, and produces moderate equatorial sea surface temperatures. When the winds weaken in El Niño years, the sea warms. The opposite happens in windy, La Niña years when more upwelling leads to cooler seas. This warming and cooling cycle dramatically affects air temperatures, winds, and global weather patterns.

The El Niño/La Niña cycle has been going on for thousands of years and is a normal part of our climate. However, a series of large-scale environmental events began in 2011 that have brought big changes to our California reefs. In this article we’ll examine several of these events and how they have affected and are currently impacting local marine ecosystems.

In 2011 there was a super bloom of toxic algae that resulted in the death of a great many abalones, sea stars, urchins, chitons and other invertebrates. The bloom, and its most severe effects, was centered along California’s Sonoma Coast. Researchers from Stanford, and UC Davis and Santa Cruz confirmed that a marine toxin called yessotoxin, a toxin produced by the most abundant algae found in the 2011 bloom, was responsible for the abalone deaths.

From an abalone diver’s perspective, most of our favorite abalone hunting spots had normal abalone populations a year later, even though many thousands of abalones were killed. This was not due to abalone reproduction, as abalones can take 15 years or so to reach the legal minimum size; but I suspect, was due to recruitment from less ideal habitats to the more ideal habitats that divers frequent.

There have been several toxic blooms that have also had a great effect on California’s marine life and fisheries. Notably, in 2015 the Dungeness crab season was postponed due to high levels of domoic acid found in the crabs. A particular diatom, pseudo-nitzschis, produces domoic acid. This toxin has no effect on the crabs, but its meat is toxic to humans and marine mammals, especially California sea lions. These blooms occur in warm-water years and are not predictable.

Another more devastating, and wider spread, event began in 2013. Huge numbers of sea stars began to die from Alaska to Mexico. Scientists and divers observed sea stars “turning to slime” in a very short period of time. This event is the largest marine disease outbreak ever recorded, covering most of the West Coast of North America from Alaska to Baja and affected at least 20 species. The infectious agent was determined to be a densovirus. This was a surprise to marine scientists since most viruses are host-specific and only infect one or a very few species. It is believed that the sea star-associated densovirus weakens a starfish’s immune system, making the starfish more susceptible to bacterial infections, ultimately causing death. Sea stars are a principal predator of sea urchins, and in the absence of sea stars the population of urchins exploded. Overgrazing by huge numbers of urchins creates what biologists call “urchin barrens,” vast areas with urchins and little else.

It is interesting to note that the densovirus is also found in urchins, but in Central and Northern California the urchins did not exhibit symptoms of the wasting disease. However, the disease is unfolding differently south of Point Conception, where urchins now seem to be wasting away as well. Dying urchins have the same symptoms as the starfish, but scientists don’t know if the same virus is the cause.

Beginning in 2013 meteorologists began detecting what they now call the “warm blob.” This refers to a warm water area off the coast of Western North America that persisted through 2016, and produced sea temperatures that were 4 to 5 degrees F above normal. The cause of this persistent “blob” of warm water was the “Ridiculously Resilient Ridge,” an area of high-pressure air that diverted winter storms away from California. This ridge is the same phenomenon that was responsible for the five-year California drought.

At the same time, the winter of 2015-2016 experienced one of the strongest El Niño events in recent history. The combination of a strong El Niño and the “blob” dramatically increased the near shore sea temperatures, and disrupted the kelp community. In Southern California the beds of giant kelp were largely replaced by sargassum weed. In Central and Northern California the warm water slowed the growth of both bull and giant kelp.

Any ecosystem remains stable so long as predators and prey remain in balance. Too many or too few of any one can result in major changes. Sea stars are important predators in tide pools and near shore coastal waters. Their nearly complete removal from the West Coast allowed populations of their prey to dramatically expand. That is exactly what we are seeing; huge numbers of purple sea urchins have taken over our inshore reefs. Similar die-offs have happened in the past, but only in relative small areas and not the wide geographic distribution we are currently observing.

The expansion of urchins is particularly problematic. Normally, urchins hide in cracks to avoid predators, and feed on kelp that breaks away and drifts to the sea floor. In the absence of sea stars the urchins boldly ventured out from their cracks and began to feed on bull and giant kelp holdfasts. Without holdfasts to anchor them to the sea floor, entire kelp beds have been lost.

The urchins then began feeding on palm kelp. The fronds of palm kelp are mighty tasty to both abalone and urchins, but the stipes are not. After the fronds were consumed urchins began gnawing away at the stipes. Divers documented urchins and abalone climbing on stalks of palm kelp to feed on what little remained. They then went after the coralline algae, and every other edible plant and invertebrate on the reef. This ultimately yields a reef that looks like the rocks were scrubbed clean with a wire brush, with a few urchins scattered about. In the absence of kelp, other kelp-eating creatures, including abalone, slowly starve; and creatures that live in the kelp leave.

In Central California sea otters also like to dine on urchins. This is a bit more complicated since groups of otters exhibit dietary preferences, often based on learned behavior. Some of the kelp beds in Monterey Country appear to be healthy, while some have been lost. Parts of Big Sur have healthy beds and nearby areas do not. Bluefish Cove in Point Lobos State Marine Reserve is now an urchin barren, while Whalers Cove is full of kelp. The north side of Carmel Bay is healthy, while Monterey Bay from Asilomar past Lovers Point has lots of urchins and little kelp. I have observed urchin barrens alongside healthy kelp forests, with large numbers of urchins at the boundary.

The loss of sea stars and increase in urchins is most dramatically felt north of San Francisco. Here the sea stars are the principal predator of urchins, and only a handful of tiny kelp beds remain. Dr. Cynthia Catton, an Environmental Scientist at the California Department of Fish and Wildlife, describes the situation, “The consequences of the loss of kelp on such a large geographic scale have been severe. Urchin barrens are devastating to kelp forest ecosystems, but have historically impacted only localized areas. We are now seeing over 100 miles of coastline in Northern California impacted, and can expect to see additional consequences for fisheries, including urchins, abalone and rockfish.”

It is anyone’s guess if the current situation will get better or if we will continue to lose more kelp beds. Divers report that sea stars seem to be recovering, and a large number of juvenile sea stars are now found on some reefs, while others still have few or none.

Urchin barrens in southern California have remained stable for decades. This is due, in part, because urchins in the barrens are undernourished, but they don’t die. They have shrunken gonads that permit limited, but continuous, reproduction. They also don’t make good prey, since they are mostly empty shells with very little food value. Thus, otters and other predators will only feed on “fat and happy” urchins within kelp beds and not in urchin barrens.

Dr. Catton expresses uncertainty, “Lessons from the past have taught us that urchin barrens may persist for a long time. It is unknown if the current conditions are the ‘new normal,’ or when conditions may return to what we have been accustomed to. We are currently in uncharted territory with these environmental conditions, so it is important to track the progress and understand the magnitude of impacts, so that we can respond appropriately.”

Nature has a remarkable way of restoring itself. We will have to wait and see what happens to our magnificent reefs as the situation continues to develop.