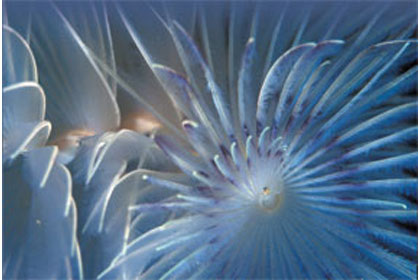 By Bonnie J. CardoneJanuary 22, 2013No Comments

“Worm” has numerous meanings, including: a weak or despicable person; a self-replicating, detrimental computer program; or, the coiled pipe of a still in which vapor is cooled and condensed. In this article, however, worm means a creeping or burrowing sedentary invertebrate animal with a long, slender, soft body and no true limbs. That description is unlikely to inspire you to look for marine worms, which would be a shame, because all are interesting and some are beautiful.