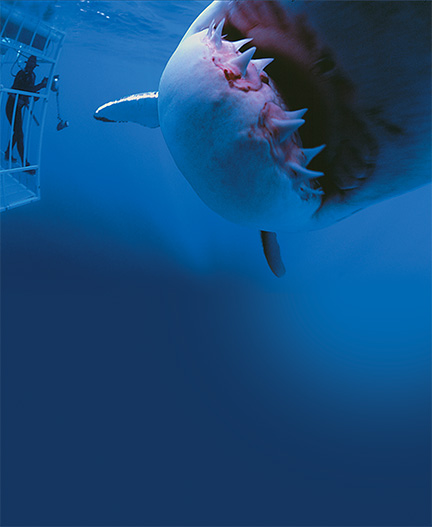 By Bruce WatkinsDecember 20, 2019No Comments 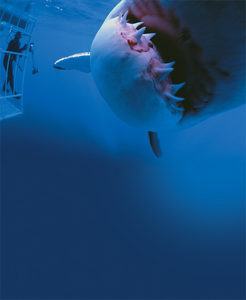 This year marks my 35th as an underwater photographer and author. It has been an enjoyable and memorable career, and this seems to be a particularly good time to look back and reminisce about where I am, and how I got here.

It all started during the summer of 1977 when I arrived in Berkeley, began my graduate studies, and immediately enrolled in a scuba class. This turned out to be the first of three events that dramatically changed my life. Back then most of us were hunters, and we enjoyed the bounty of the Pacific Ocean – abalone, fish, lobsters and scallops. We had a lot of fun in the ocean and established lifelong friendships.

Upon graduation, I had a bit of time before starting my first “real” job and headed to Grand Cayman for my first warm water experience. The leader of the trip was Carl Roessler, the owner of See & Sea Travel. Carl convinced me that I would not like diving with him unless I had a camera. So I purchased a Nikonos, and he showed me how to use it. I went from never having taken pictures to getting my images published and winning contests. Diving with Carl was the second of my life changing moments, and I dedicated my first book to him.

The third moment occurred at the Seaviews scuba show in 1988. There I met Dale Sheckler and Darren Douglass at the California Diving News (CDN) booth. I, of course, was interested in writing for the magazine. Back then my work was published in a number of magazines, including Skin Diver and Ocean Realm, but I was looking for a regular gig. This started one of the longest relationships of my life, and CDN has used my work monthly ever since. CDN has given me the opportunity to explore new sites, and to capture images of sharks, curious seals, and outrageously colored invertebrates. In addition to my regular site reviews, the magazine has allowed me to express my views on environmental and conservation issues.

Over the years I have watched the ocean and diving change — some for the better, some not. Diving equipment has dramatically improved and made diving safer and more comfortable. Reliable computers replaced the Navy Tables and the infamous “bend-o-matic” — a mechanical devise that kinda, sorta mimicked the Navy Tables. Comfortable BCs replaced the old Mae West vests, regulators came with a backup second stage, and dry suits became popular.

Back in 1977 there was no such thing as a weekend class. Classes were at least eight weeks long — two evenings of pool work a week, and a weekend developing freediving skills before we put a tank on at the ocean. Granted, some of the skills we were asked to perform would be considered harassment these days, but the longer class permitted the repetition of skills and the development of “muscle memory” that shorter classes cannot. Yes, divers had to make a bigger time commitment, but those who completed these classes had the skill, comfort level, and confidence to safely enjoy California diving.

While there is far less life in the sea today than in 1977, some dive sites have much more. California’s Marine Life Protection Act (MLPA) permitted the creation of numerous reserves and conservation areas that have allowed marine life to flourish in areas that were once fished out. This greatly benefited all divers, photographers and fishers alike — photographers and sightseers have protected areas with lots of marine life, and game from protected areas spills over into areas were hunting is permitted. I have also witnessed the devastating effects of global warming on some of my favorite dive sites, including the expansion of urchin barrens and the closure of the abalone fishery.

We lost some impressive dive sites, but picked up others. The MLPA mostly prohibited the taking of game in select areas, but it prohibited access in a handful. In my humble opinion, the waters surrounding a number of the Farallon Islands offshore of San Francisco are the very best dive sites in all of California, and many of these are now closed to diving. However, the rules at Southeast Farallon allowed a unique cage diving experience with white sharks to develop.

I watched photographers switch from film to digital, and I was one of the last to switch. As Paul Simon said, “Mama don’t take my Kodachrome away.” I clearly recall my first dive with a digital camera. My only goal was to figure out how to use this new piece of technology. I found a rock, spent an hour shooting a nudibranch and a sculpin, and concentrated on learning how to use my new camera. Toward the end of the dive the nudibranch crawled up to the sculpin, wrapped its tentacles around the sculpin’s face, and appeared to give the fish a big kiss. I still have no idea what motivated the nudibranch, but it permitted the creation of some interesting images. Sometimes it is better to be lucky than good.

As I write this I am sitting on my lanai outside of my new home on Hawaii. After more than 40 years of enjoying California diving, 530 articles and four books, it was time for a change, and to retire from all of my careers. I would like to thank Dale and Kim Sheckler, the original owners of CDN, and Mark Young and Cathryn Castle Garcia, the current owner and editor, and our loyal readers for their unwavering support over the years. Sadly, this will be my last regular submission to California Diving News. In the words of Jerry Garcia, “What a long, strange trip it’s been.”