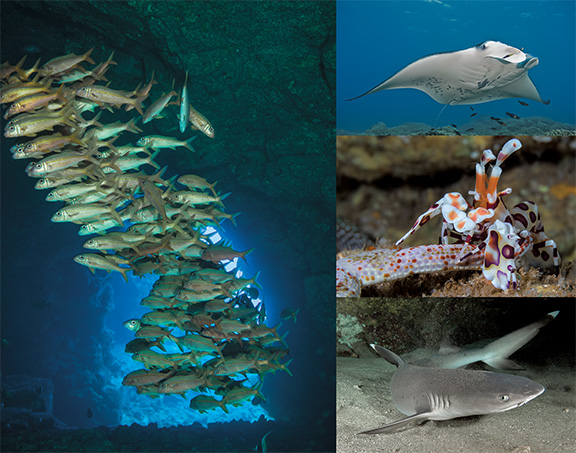 In Maui Before Sunset: Enjoying the Ease and Excitement of a Hawaiian Adventure 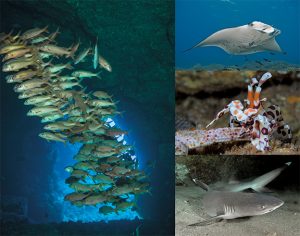 We’re lucky to have some incredible diving right here in our own backyard, but even hardcore California divers get a bit of underwater wanderlust from time to time. The thing is, we’re a little spoiled. When we’re planning local dive trips we don’t have to carry a passport and wait in line to clear immigrations and customs. We don’t have to convert currency. We don’t have to be concerned with charging our various electronic devices. And we don’t have to worry about which side of the road to drive on or how to speak the language. Like I said, we’re spoiled. But how can California divers enjoy some great diving, beautiful beaches and outdoor adventures without all the hassles associated with international travel?

It’s easy. Book a trip to Maui. While it might seem unnecessary to point out, Maui, like all of Hawaii, is part of the United States, and this makes traveling there for Californians and all other U.S. citizens exceptionally easy. With direct flights from several California airports, you can leave after breakfast and be strolling one of Maui’s beaches before sunset. And you can leave your passport at home.

About the “Valley Isle”

The idyllic island of Maui is located toward the southern end of the Hawaiian archipelago, northwest of The Big Island of Hawaii, and southeast of Molokai. Diverse landscapes, the result of Maui’s unique geology, topography and climate, provide stunning vistas island-wide. Like all of the Hawaiian Islands, Maui was born of volcanic activity. However, the volcanoes were so close to each other as the sea gulls fly that the lava flows on their flanks overlapped, a phenomenon that resulted in the single island we know today. Nestled between the volcanic masses to the northwest and southeast, the isthmus is Maui’s central valley. This feature gives rise to Maui’s nickname, the “Valley Isle.”

The older volcano gave rise the western side of the island and produced the dramatic West Maui Mountains where the tallest peak, Pu’u Kukui, stands 5,788 feet (1,754 m) above sea level. The larger, younger volcano of Haleakala (Hah-lee-AH-kaa-la) is located on Maui’s eastern side. Last active in the late 1700s, this majestic mountain ascends skyward to a height of 10,023 feet (3,037 m) above sea level, and the peak is often capped in snow. The eastern slopes of both volcanoes are sculpted with deep valleys and steep ravines that lead to the coasts.

Ultimately, Maui’s irregular topography and range of altitudes result in a variety of markedly different ecosystems and landscapes that range from sandy beaches, desert-like plains and hillsides, steep ravines, and moonscape-like, lava-encrusted wastelands to open slopes, lush farmland and rain forests. In addition to providing spectacular scenery, the volcanoes play major roles in determining weather conditions, which vary according to location, elevation, and how a particular locale is oriented to the prevailing northeast trade winds. With few extremes and cooling trade winds that tend to modify the heat throughout the year, the climate is generally consistent and very pleasant. Speaking in general terms, it rains a little more during winter months and is a bit hotter and drier during the summer.

Among the more appealing aspects of Maui’s climate is the rather small variation in air temperature over the course of a year. The average annual daytime temperature at sea level is in the mid-80s Fahrenheit (29-30 degrees Celsius), with the daily high occasionally reaching 90 F (32 C) in some areas. In the dead of winter, if you can call it that, the highs at sea level only drop into the high 70s F (25-26 C). It is worth noting that these temperatures are for sea level. Climatic conditions vary more according to location on Maui than by season. If you venture into “upcountry,” the local term for the elevated countryside that encircles Haleakala, it is not uncommon for wintertime lows to dip into the 40s F (5-9 C), and it is often colder closer to the peak where snow is not a surprise. In coastal areas on the island’s leeward side, the annual rainfall averages 7-20 inches (18-51 cm) in coastal areas. Rainfall amounts soar in excess of 300 inches (762 cm) a year along the lower windward slopes of Haleakala. A handful of strong storms tend to occur most often between October and March, but fortunately, hurricanes are extremely rare.

No matter how dry it is along the coast, there is often at least a partial cloud cover and the ever-present possibility of a drizzle in upcountry where you will find the charming communities of Makawao and Pukalani. (Note: Divers will want to take precautions with regard to going upcountry after diving to avoid decompression illness.)

The human history of Maui shares much in common with the other islands in the Hawaiian archipelago. The islands are believed to have been uninhabited until about A.D. 30 when the first Polynesians arrived by canoe. Their descendants are thought to have lived in peace for roughly five centuries. Somewhere around A.D. 1200 the Tahitians arrived, and they soon began to subjugate the local population, and they introduced a body of laws known as the kapu that governed society and explained the natural world. According to Hawaiian legend, the island of Maui was named after the demigod Maui, who supposedly lifted the island from the sea.

The modern history of Hawaii began in the mid-1700s. After conquering the island in 1790, the Hawaiian ruler King Kamehameha took residence in what is now the community of Lahaina in West Maui. He later made Lahaina the capital. In late 1778 the British explorer Captain James Cook became the first European to see Maui, although he never set foot ashore. The first European to go ashore was the French Admiral Jean Francois de Galaup de La Perouse, who landed on May 29, 1786. More Europeans, Americans and Russians soon followed.

Of course, various national governments from these competing foreign lands had conflicting ideas regarding the value of Hawaii to their homelands. Beginning in 1823 droves of missionaries from New England also arrived in Maui, and they chose to first settle in the capital of Lahaina. The missionaries not only greatly altered the culture by doing things such as banning the hula, clothing the locals and starting the first school, they also brought a host of previously unknown diseases. It is generally believed that the population throughout the islands was roughly 500,000 when Captain Cook first arrived, but fewer than 50,000 by 1875. From 1840 to 1865, the height of the whaling era, Lahaina was a major whaling center.

Although some opposed annexation, the United States annexed the Hawaiian Islands in 1898. Maui was used as a staging center and training grounds for American troops during World War II. In 1959 Hawaii became the 50th state in the United States.

Maui’s legendary visibility often exceeds 100 feet (30 m), and there is excellent access to a wide variety of dive sites. Boat diving is very popular, and there are a number of exceptional beach dives on both the west and south sides of the islands where entries are easy and the swim to the dive site takes only a few minutes. Because Hawaii is often thought of as a tropical paradise despite its sub-tropical location, it sometimes comes as a surprise to discover that the sea is not as warm as it is in many tropical destinations. As a result, many divers find 5 mm wet suits, hoods and gloves desirable.

Whether it is a cruise through a labyrinth of lava tubes filled with colorful creatures, the chance to see a whitetip shark or one of Hawaii’s many endemic species, or listen to the wintertime songs of humpback whales, there is no doubt diving in Maui has plenty to offer divers of all experience levels. Dive sites such as the Cathedrals of Lanai where shafts of sunlight shimmer through openings in lava tubes producing the illusion of swimming in an underwater cathedral, and Molokini Crater, a national marine sanctuary where marine life is protected, are legendary in international diving circles. So is the fact that about 23 percent of the fish species that inhabit Hawaiian waters can only be found in Hawaii.

Much of the diving on Maui is conducted from local charter boats. Those who depart from the south end of the island often dive at Molokini Crater, while those who depart from the west end often dive in the protected waters off Lanai. From Lanai, you can also opt for the deeper, adrenalin-pumping dives in search of schooling hammerhead sharks off the nearby island of Molokai. The boats typically provide tanks, weights, divemasters and some food and beverages. Rental scuba gear is easily accessible, and Nitrox is available through many operators.

A typical two-tank dive from the south side usually means getting underway around sunrise and returning about the time the mid-day winds begin to kick up. Operators on the west end often depart shortly after an early breakfast, and are more inclined to offer afternoon dives. Beach diving is very popular, but be aware, some shores are rocky, have steep shore breaks, or are prone to currents so it is best to go with local operators that provide a dive guide. No matter where you dive off Maui you will want to keep a close eye on your depth gauge because the water is exceptionally clear and the drop-offs in many areas can be quite steep. At the same time, it is also worth noting that there are many excellent dive sites in only 30-60 feet (9-18 m) of water.

While it is unlikely that you will see a humpback whale underwater even at the height of their wintertime migration to Hawaiian waters, it is well worth noting that more than 3,000 humpbacks winter in Maui.

Trying to narrow your list of “must dos” in addition to diving can present a serious, but fun-filled, challenge. Those who want to enjoy some physical activity can play golf on world-class courses, ride a rented bike down Haleakala, take surfing lessons, go horseback riding, ocean kayaking, snorkeling or hike through a rain forest. Some days you might prefer to drive to the summit of Haleakala or enjoy the scenic, 56 miles-long Hana Highway, a winding stretch of road that will take you through lava fields, old plantation towns, majestic forests and along various beaches. Other possibilities include taking a helicopter tour, checking out the historical petroglyphs at Olowalu, getting pampered at a spa, shopping, visiting museums and other cultural sights, or spending time at the Maui Ocean Center. Cocktail-hour sails and dinner cruises are plentiful as are Polynesian dinner shows and luaus.

If you are looking for your next exotic diving adventure, consider Maui. Make it your choice, and you are almost certain to receive everything your imagination wishes for.