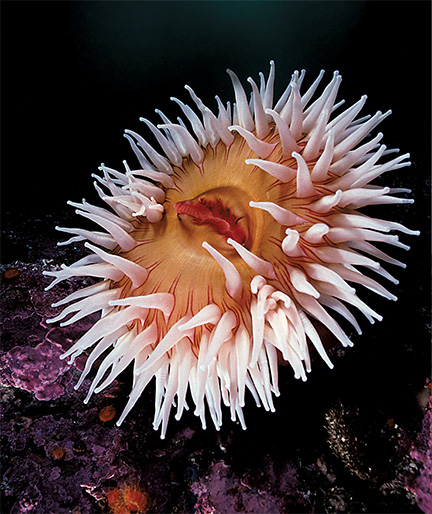 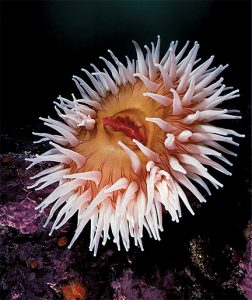 Skill Level: Intermediate or better due the possibility of strong currents.

Hunting: This site is within the Pacific Grove Marine Gardens State Marine Conservation Area. Spearfishing is permitted, but discouraged on or near “named” sites; all invertebrates are protected.

The top of the reef begins at about 40 feet and drops off in steps to a sand bottom at about 60 feet. The site consists of a large pile of giant rocks and boulders. This reef does not appear as an eroded rocky outcropping, like many others in the Monterey area. Instead, it looks as if it could have been formed when a giant from a fairytale book placed a couple of handfuls of rocks in a pile. There are deep cracks and gaps between the boulders that allow plenty of room for marine critters to hide and nest.’ve been diving Monterey for over 40 years, and I never stop searching for new dive sites. Just when I begin to believe that I have dived all of the “named sites,” an intrepid diver finds another. The late explorer extraordinaire, Chuck Tribiolet, passed on his library of dive sites to MaryJo Nelson of the Beachhopper II, and we got to dive one of his new sites in December. Chuck called it Cloud Mountain, and it’s not very far from Aumentos Reef. I am not certain why Chuck named it such, but perhaps it was due to the cloud-like school of blue rockfish that is normally found hovering over the reef.

The rocks here are covered with an assortment of colorful encrusting invertebrates. Some rocks are wrapped in a blanket of orange sponges. Other rocks are carpeted with colonial tunicates, bright red strawberry anemones or orange cup corals. There were a few white-plumed anemones, hunting with their tentacles stretched out into the moderately strong current. There were also a number of red-and-white, fish-eating anemones at the bottom of the rocks in the deeper parts of the reef, patiently waiting for an unsuspecting fish to wander too close.

In December we found a huge variety of snails on Cloud Mountain. Rocky walls were sprinkled with blue top snails and Ida’s miters, along with leafy hornmouths and Kellet’s whelks. Moon snails and purple olive snails left trails in the sand. We observed a greater variety of mollusks here in one place than I can remember seeing recently.

We found quite a variety of fish life here as well. A small school of blue rockfish hovered above the rocks in the shallowest portion of the reef, feeding on the few sea nettles that drifted by. A few, small lingcod swam by looking for a larger female that had yet to arrive to the nesting area. Male lingcod spend most of the year in diveable depths, while the larger females spend most of the year in very deep water and only return to the shallows during the winter to mate and lay eggs. Only the males stick around to guard the nest. It is considered very unsportsmanlike to shoot a nest-sitting lingcod, since the eggs will be consumed in his absence.

Divers should carry a flashlight for peering into the many deep cracks in the reef. There were numerous blackeye gobies; these were quite camouflaged as they rested on the sandy entrances to the cracks. There were also coralline sculpins perched above the entrances of the cracks. We saw several species of mature rockfish resting back in the cracks; and our lights only modestly annoyed them. Numerous species of young-of-the-year rockfish were out and about. Some of these were actively feeding in the water column while others were hiding back in the nooks and crannies of the reef.

Cloud Mountain is a great spot to meander along the reef and photograph, or simply enjoy the presence of many of Monterey’s colorful fish and invertebrates. Like many of the sites in Monterey County, it has more than its fair share of purple urchins and no kelp, but has retained a rich diversity of fish and invertebrates. It offers modest depths for new divers and may also have strong currents. Divers should verify their anchor is secure prior to swimming away from their boat, and descend and ascend using the anchor line.