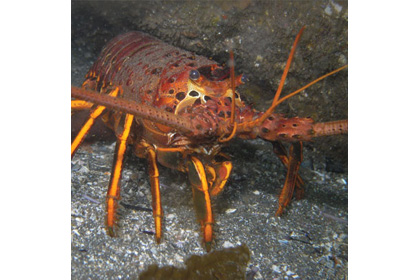 Underwater photography involves a lot more than just making a dive and tripping the shutter. In last month’s issue I delved into the things you need to do before you dive to be sure your camera system is set up properly and functions as you expect it to. This month I am going to discuss some best practices for dealing with your digital images after your dives so you can find them, avoid losing them, and manipulate them so that your photographs look the way […]

In researching last month’s article on dorids, I finally got around to sorting my more than 370 photos of nudibranchs according to their classifications. I also looked for images for that article (on Doridacea) and this one (on Aeolidacea). The majority of nudibranchs are dorids and when the sorting was complete, that was overwhelmingly evident. I had loads of dorid images and they were of several different species. My many images of aeolids, however, were of just four species.  Aeolidacea are named for the Greek […] 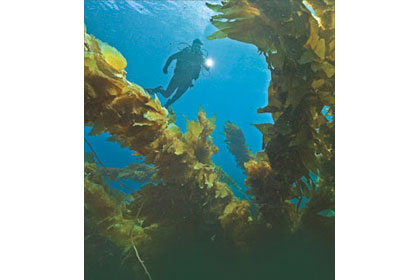 Few places on earth are as inviting as a California kelp forest in autumn. When diving conditions are favorable, as they so often are in the fall, we enjoy a wonderful opportunity to observe a diverse mix of as many as 800 species of marine creatures in an absolutely stunning setting. We have it all from playful herds of California sea lions to schools of silvery jackmackerel making their way through the forest maze to a dazzlingly colorful exhibition of rainbow colored nudibranchs on the […] 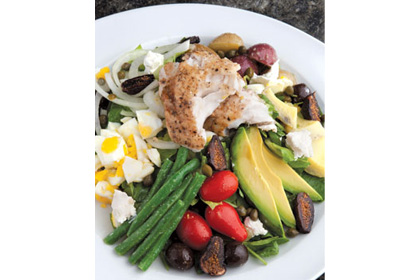 Classic Nicoise salad hails from the southeast coast of France on the Mediterranean Sea. Its name means, prepared “in the style of Nice” but I’m giving it a California makeover, featuring fresh-caught local kelp bass instead of the traditional tuna, and topped with goat cheese and dried figs and savory vinaigrette dressing. I encourage you to mix it up a bit and put your own twist on this classic as I did. Be creative and enjoy this delicious summer meal that’s sure to become a […] 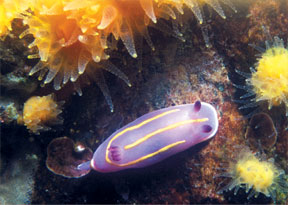 Many underwater photographers love nudibranchs and I am not the only one with numerous images of these colorful creatures. We Southern California divers are lucky; of the more than 170 species found off the Pacific Coast, a large number live in our part of the ocean.  Most nudibranchs range in size from less than an inch to several inches long and can have unusual shapes. While a few have colors that serve as camouflage, most are flamboyant eye-catchers. They can afford to be highly visible […]

You’ve probably heard this quote about achieving success, “Be like a duck on a pond; always appear calm on the surface but keep paddling like crazy underneath.” I know a lot of successful underwater photographers that can relate, but in reverse. You see, we do a large portion of our paddling on the surface — before we hit water — in order to remain calm underneath. It’s easy to focus on shooting techniques and in-water strategies. For greater success and fewer disappointments, I suggest a […] 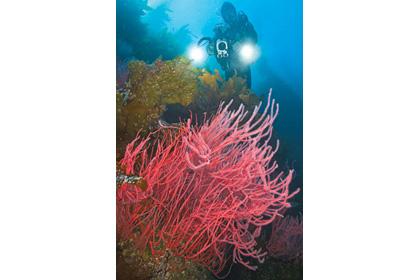 “A rolling stone gathers no moss.” This proverb has been around since the 1st century B.C. and as is often the case with proverbs, it’s wide open to interpretation. One way for us as divers to interpret this proverb is from the standpoint of “move it or lose it.” In order to get the best experiences out of our sport, we must keep rolling along, trying new things as we go. It’s an exciting time in the sport of scuba diving, with so many new […] 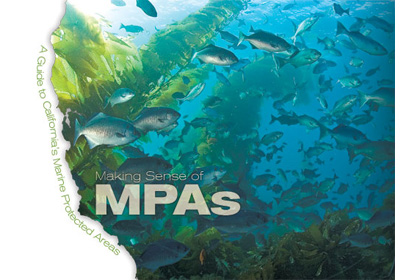 The world’s oceans are under siege. That’s not exactly news, especially for divers. Overfishing, pollution, coastal development, habitat destruction, climate change. You name it. The oceans seem to be suffering from it. And here in California, our ocean is no exception.  Scientific studies tell us that without any significant change in commercial fishing regulations, the total tonnage of finfish and invertebrates other than squid taken commercially in California waters decreased by more than an astonishing 68 percent in the period from 1976 to 1998. In […] 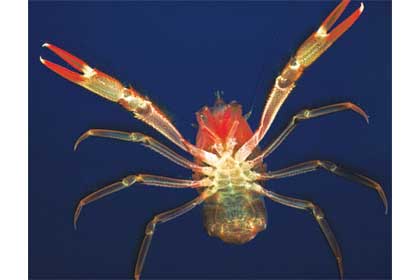 As kids most of us learned the common names of many of the plants and animals we encountered in our everyday lives. We learned the common names of various trees, flowers and butterflies as well as names of iconic species such as the bald eagle and killer whale. For many years and most applications our use of common names seemed perfectly sufficient when it came to communicating with our peers. Aside from cartoon aficionados that sometimes referred to the speedy and often mischievous Road Runner […] 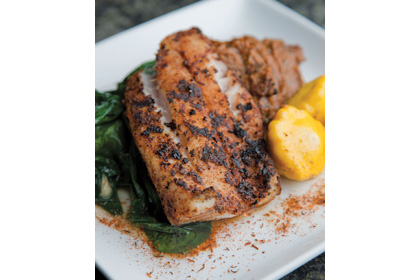 The California white seabass isn’t actually a seabass at all, but is a member of the croaker family. It is also known as the king croaker, weakfish and seatrout, and is prized by commercial and recreational fishermen because of its mild flavor and flaky texture. Thanks to ongoing conservation efforts the California white seabass has received a “Best Choice” rating by the Monterey Aquarium Seafood Watch. Seafood in this category is said to be abundant, well managed and harvested using environmentally friendly methods. Remember “Always […]