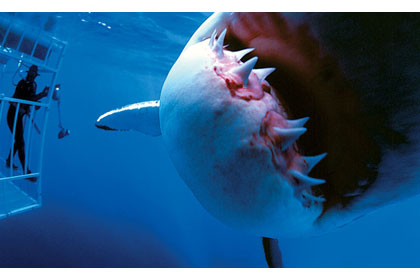 Divers have a tendency to dream big. Our dreams include diving in faraway, exotic locations, swimming with and photographing all sorts of magnificent creatures — especially some of the ocean’s largest critters. Dolphins, manta rays and whales are likely on a diver’s big animal “bucket list.” However, it is not surprising that the animal occupying the top spot on many divers’ lists is an apex predator. A shark. “The” shark. And by “the” shark, I mean the great white shark.