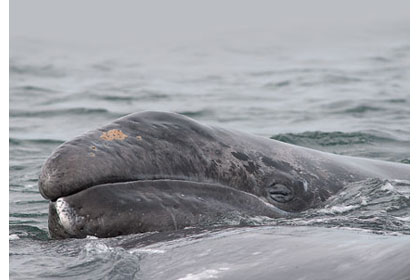 The Big Sur coastline is one of the most dramatic, most photographed, and most visited in all of California. Yet, its reefs are only explored by a handful of divers each year. Tourists may drive along Highway 1 and admire the splendor, but private access and steep cliffs keep divers from all but a few of these pristine reefs. To visit the Big Sur reefs you need excellent weather conditions and a sturdy boat.

Yankee Point is found a bit south of Point Lobos and hosts a number of “named” dive sites. The origin of this point’s name is unclear, although it has appeared on charts since 1876. We do know that Job W. Heath, Sr. settled here and his nickname was “Tall Yankee.” It is likely that locals named this place after their friend, and it stuck. Yankee Point has some notoriety since it was the home of Ansel Adams from 1961 until his death in 1984.
There is a splendid, relatively shallow reef just south of Yankee Point. This site consists of several pinnacles that begin in about 30 feet and gently roll over to around 100 feet. While many of the rocky formations of Big Sur exhibit jagged formations with sheer walls and right angle corners, the rock here looks more weathered, like an old mountain range. There are many little canyons that wind their way from the middle of the pinnacle down toward the base, but there are few steep-sided walls here, just a beautiful bottom of flowing rock.
The shallow rocks support a layer of bull and palm kelp. Below the layer of kelp the rocks are covered with encrusting invertebrates. Colorful strawberry anemones and coralline algae cover most every rock surface and leave little room for sea stars, larger anemones and other critters. Huge Metridium anemones dot the rocks in places; their fluffy white appearance gives a dream-like quality to the wall. In other areas large rose anemones adorn the wall and add a splash of red to underwater photos. Encrusting sponges cover other areas in hues of orange, yellow and red.
The nooks and crannies of the pinnacle are home to an assortment of invertebrates and fish. Tiny crabs, shrimp, nudibranchs and small fish are tucked among the encrusting invertebrates. A variety of dorid nudibranchs and a few horned nudibranchs are commonly found feeding, mating, or laying eggs. Orange sea cucumbers and rock scallops are found nestled in cracks. Rare to North/Central California, chestnut cowries are plentiful here, so take a few minutes to try and spot them in the crevices.
This is a great place to photograph game fish–yes the fish know they are in a reserve–and they can easily be approached. There are many large lingcod, cabezon and huge schools of blue rockfish that are sometimes so thick they can momentarily blot out the sun.
On our last dive there we were joined by a couple of enormous male sheephead. These are normally thought of as a Southern California fish, but occasionally some of the really big ones migrate north with warmer El Niño waters, like we are experiencing this year. All sheephead are born female, but only the most dominant become males, which grow much larger than the females.
Winter is clearly the best time to dive the reefs of Big Sur. The time between storms is likely to yield the best visibility of the year, and the offshore winds that precede a storm produce flat, calm seas. Winter is also a good time to see grey whales as they migrate to and from their feeding areas in the Arctic and their breeding grounds in the lagoons of Baja. A truly lucky diver gets to see one as they pass by one of the many pinnacles of Big Sur.
While many of the dives of Big Sur are deep, dark and scary, this site is a very comfortable place to enjoy the beauty of Central Coast diving. It is a great spot for those not up to a deep dive or for the third dive of the day.
The author wishes to thank Captain John Freutel and the crew of the Silver Prince for their assistance with this article.
At-A-Glance
Location: About a half mile offshore and a bit south of Yankee Point. GPS coordinates: 36° 29.108′ N, 121° 56.926′ W.
Access and Facilities: Boat dive only. Private boats may be launched from the public ramps at Monterey Breakwater or between Fisherman’s Wharf and Wharf #2.
Depth: 30-100 feet
Visibility: 20-70 feet
Skill: Beginner or better.
Hunting: Located within the boundaries of the Point Lobos State Marine Reserve. No game may be taken.
Photography: Excellent macro and wide-angle.
Hazards: Watch for thick kelp, surge, and boat traffic.
← Previous Post
Next Post →